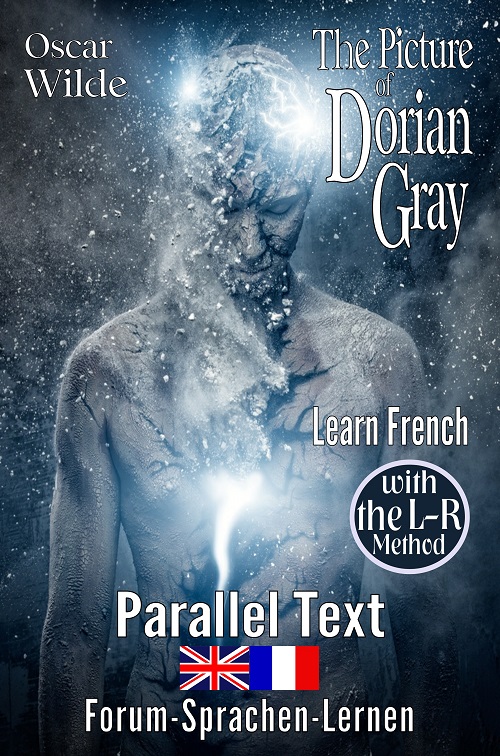 Improve your French Vocabulary with: The Picture of Dorian Gray

A man mysteriously stays young. In the attic, he hides a portrait of himself. No one is allowed to see it because it is the mirror of his soul and reveals all his atrocities. The once expressed desire that the picture should age instead of himself, has come true … From the master of the English wordplay Oscar Wilde.
Wilde is quoted as saying, “Basil Hallward is what I think I am: Lord Henry is what the world thinks of me: Dorian is what I would like to be—in other ages, perhaps.”

An example for the layout inside the book – with parallel text 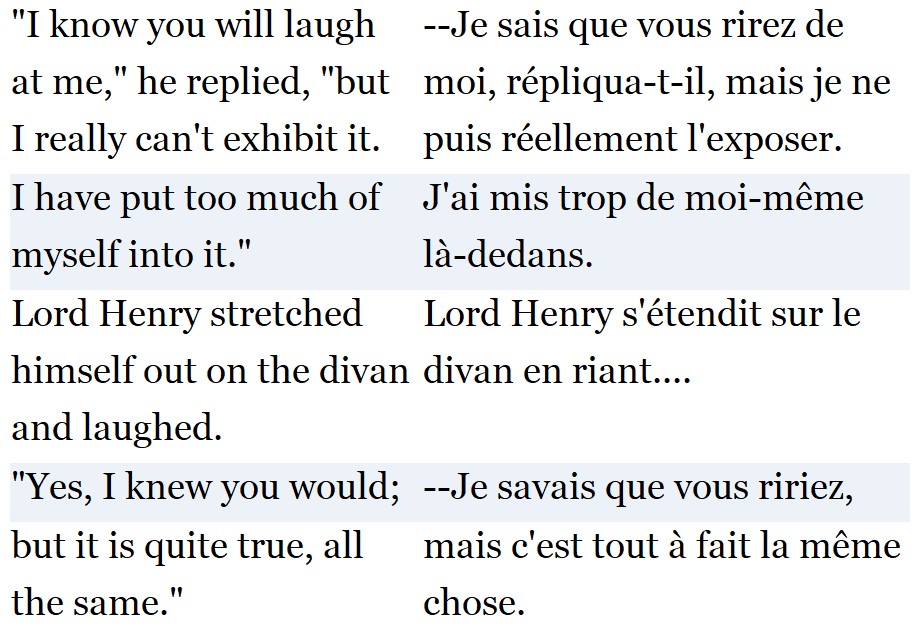 The original text and the literary translation are placed in parallel vertical columns side by side. This way the translation can be found fast and without using a dictionary. For even better orientation during reading, every second sentence has a slightly different colour inside the Kindle – Edition. An example for the layout inside a printbook can be found here.

Bonus material for Improve your French Vocabulary: The Picture of Drian Gray

Some of the most famous quotations of ‘Improve your French Vocabulary with The Picture of Dorian Gray’ are:

“People are afraid of themselves, nowadays.” — Les hommes sont effrayés d’eux-mêmes aujourd’hui.
“The only way to get rid of a temptation is to yield to it. Resist it and your soul grows sick with longing for things it has forbidden itself…” — Le seul moyen de se débarrasser d’une tentation est d’y céder. Essayez de lui résister, et votre âme aspire maladivement aux choses qu’elle s’est défendues…
“To define is to limit.” — Définir est limiter.