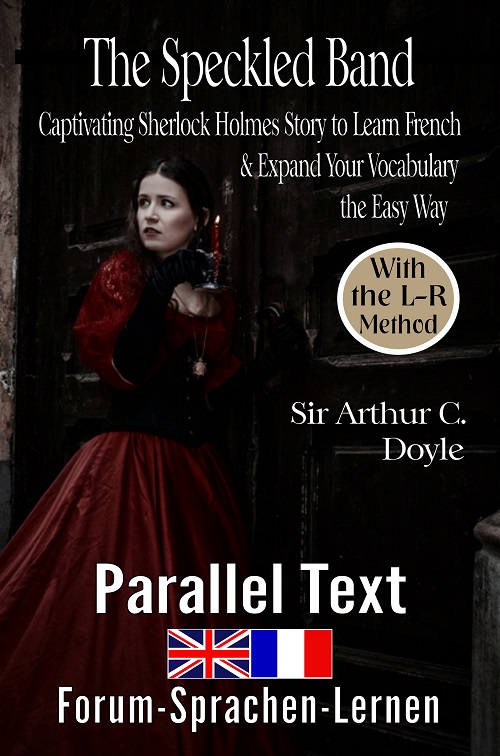 A young woman seeks advice from Sherlock Holmes. She is worried but cannot precisely name the cause of her troubles. Some of the strange, night-time events which mystified her sister just before her death are occurring again. When she then tells the detective and his friend what happened to her sister, the two suspect that they must act immediately to prevent a dreadful crime. Exciting story with the most famous fictional detective of all-time.

Some of the most famous quotations are:

When a doctor does go wrong he is the first of criminals. He has nerve and he has knowledge. -Quand un médecin tourne mal, il devient le plus grand des criminels, car il a pour lui le sang-froid et la science.

I have heard, Mr. Holmes, that you can see deeply into the manifold wickedness of the human heart. – On m’a dit, monsieur Holmes, que vous saviez lire au fond du cœur humain.

Dive into the Victorian era and listen to the unforgettable dialogues between Holmes and Watson.

Here’s an example of the text arrangement in the book. The translation stands next to each other, sentence by sentence. For a better orientation when reading the Kindle, every second line is highlighted in colour. The translation can be found so easily, quickly and without a dictionary.

Bonus material for Learn French with Stories – The Speckled Band

If you send us an EMail, you will get the following free material: