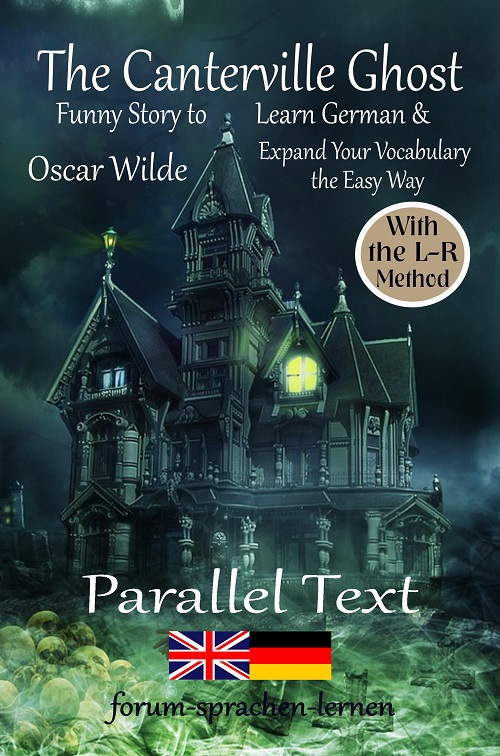 Lord Simon Canterville has haunted the castle for hundreds of years and soon sets about trying to pull his best scare tactics on the new residents, an American minister, his wife, and their children. To his dismay, however, these modern Americans have no use for the traditions of a proper, British haunting. It’s a funny, not too creepy story which can also be read together with children.

‘The Guardian’ wrote about Oscar Wildes writing: ‘Oscar’s sensibilities are so perfectly fitted to our time: sarcastic, idealistic, playful, gloomy, melodramatic, conflicted. He was a self-created superstar, with a weirdly modern awareness of all that entailed’. 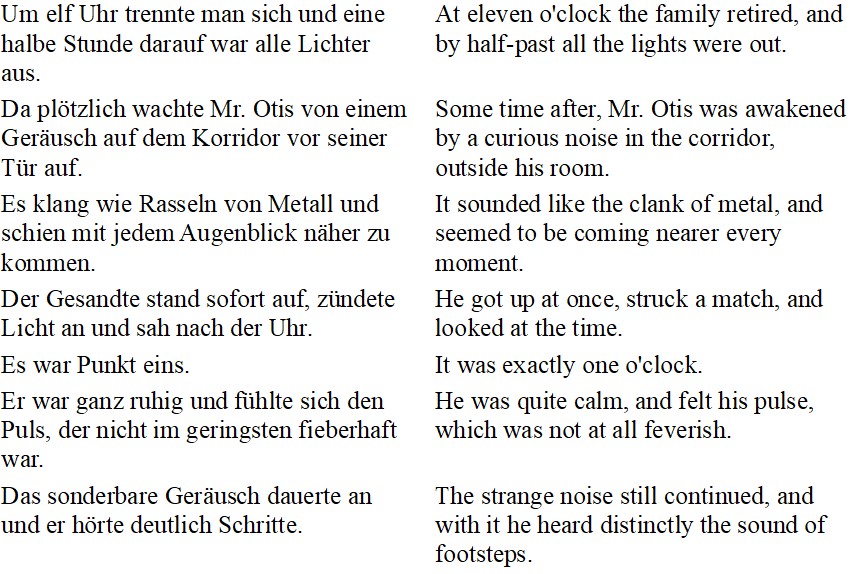 Here’s an example of the parallel text arrangement in “The Canterville Ghost”. The translation stands next to each other, sentence by sentence. For a better orientation when reading the Kindle, every second line is highlighted in colour. Here’s an example of the layout for a Kindle. The translation can be found so easily, quickly and without a dictionary.