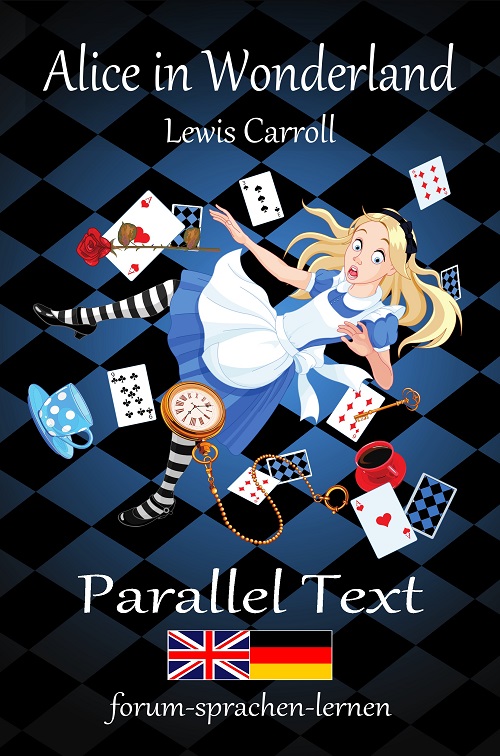 Brush up German with Alice in Wonderland / Alice im Wunderland

„Alice in Wonderland“ is considered to be one of the masterpieces of world literature and has been selected as one of the 100 greatest novels of all time by The Guardian.

With its funny and imaginative dialogues, the author takes us to a whole new world. The reader’s imagination is stimulated by scenes where drinking from a bottle will make Alice larger or smaller, where there are cakes that are made of pepper only, where there is a crazy trial and much more. You could say there are almost philosophical traits within the book. Thus, when Alice asks the Cheshire Cat for directions, the cat says:

That depends a good deal on where you want to get to,’ said the Cat.
Das hängt zum guten Teil davon ab, wohin du gehen willst,’ sagte die Katze.

Not only authors of children’s literature were inspired by his books, but also painters like the Surrealist artist Max Ernst or André Breton. “Alice’s Adventures in Wonderland” is a story that does not get boring even after reading it multiple times, sparks the imagination and is funny: perfect for learning English. 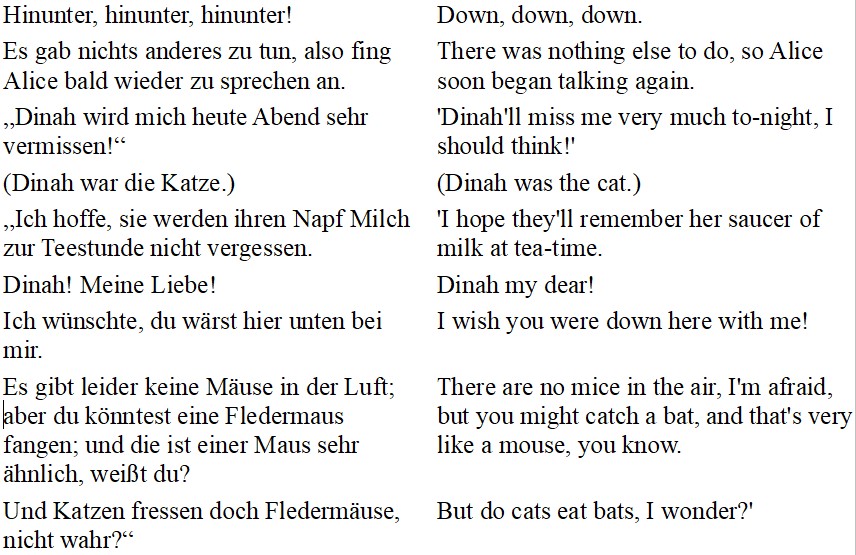 Bonus material for Learn German with Alice in Wonderland

– An audiobook in German for “Alice in Wonderland”:
Sample: This is a computer generated audio file, but still useful to learn the correct pronunciation.

– An Anki Deck for the most important words in German